After I've discovered and identified a sea turtle's crawl, I determine whether it is a nest or not and if it is, then I go ahead and verify where the chamber is, apply a self-releasing screen and give it a number. From then on we keep our eyes on the nest and give it a daily look/see - making sure that all is well until it is hatching time - a nest will hatch anytime from day 45 to 70.


Also, part of the patrol is being on the lookout for anything and everything that could be of danger to the sea turtles. During the season it is crucial to clean up the beach after using it - such as removing canopy, chairs, toys etc but most 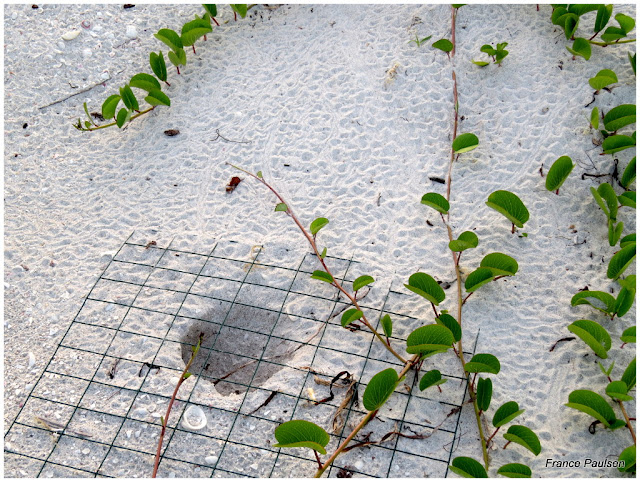 Here you see another - this one had been labeled and screened. We love to see all those prints heading in the right direction, a sure sign of a successful hatch. 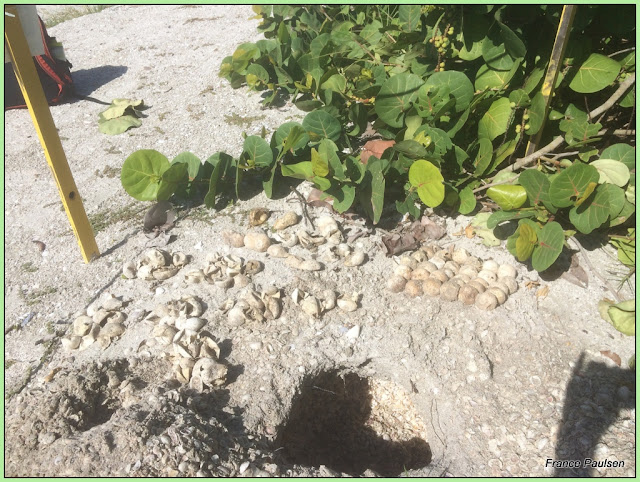 We then allow several days to pass - giving ample time for the hatchling to get out before we conduct an inventory - this particular nest had 64 eggshells (hatched), 36 unhatched, 1 dead hatchling, 3 live hatchlings, 0 pipped live and 5 pipped dead - making this a 106 egg clutch. 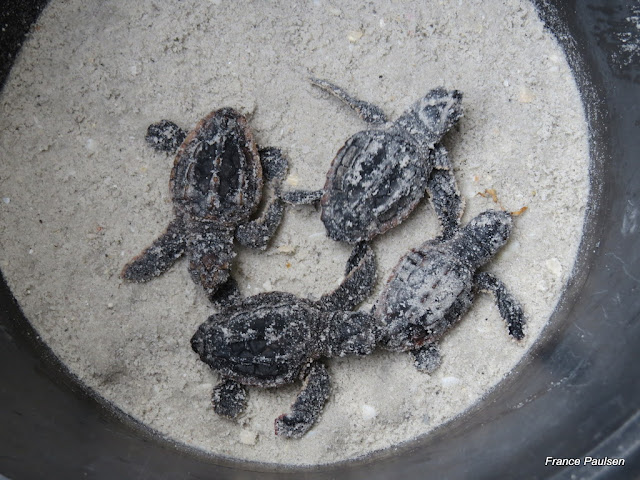 Sometimes we find live hatchlings in the chamber, if it is early enough and safe - we let the hatchlings go - otherwise we hold them until night time at which time we release them in the ocean at the location where they were born. The imprint on the beach helps them to come back to the same area some 20+ years later to lay their own eggs. Also, notice how one of the hatchling looks slightly different from the others - it turns out that the female sea turtle gets sperms from many males and after data study it has been determined that a clutch has many different dads - pretty cool, hey? 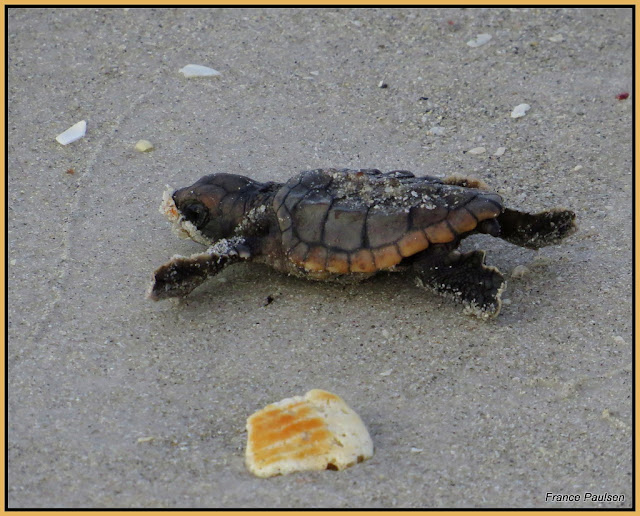 And so, we wish them luck on their incredible journey - 1 in 1000 will make it to adulthood - they need all the help they can get. 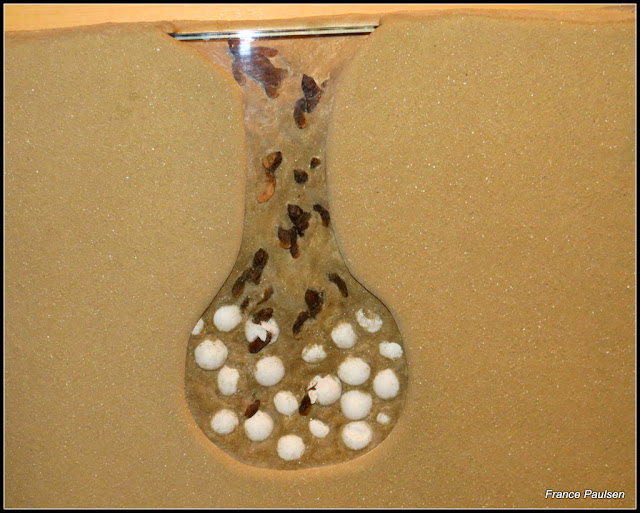 And this is a side view of the egg chamber that sits 2-3 ft down - the chamber has the shape of an inverted light bulb - the hatchling emerge in the middle of the night when it is dark and cool. The beaches are dark and the hatchling will head to the brightest horizon - which is the ocean. If you happen to be on the beach at night, refrain from using a flashlight because this can be a cause for disorientation for the sea turtles - as a result they will wander inland and will die of exhaustion, dehydration or predation. Just remember, after 9, it's turtle time.
Posted by France Paulsen at 3:45 PM