A great northern friend, whom I've introduced birding to (Hi Larissa) is visiting me and I thought: "What a great opportunity to return to Church Road!". My intents were to spot Cara Cara, Scissor-tailed Flycatchers and Kingbirds.....well, as birding goes - sometimes anything goes.
When I entered Church Road I was looking on the power lines and off-mindedly saying:"Dove, Dove, DEER!" LOL, I was not expecting that - a White-tailed Deer was coming at me and then entertained us by darting right, left, right, left....until it found a clearing into the bushes.
Well, that is how it all started.....come along and see what else we were exposed to. 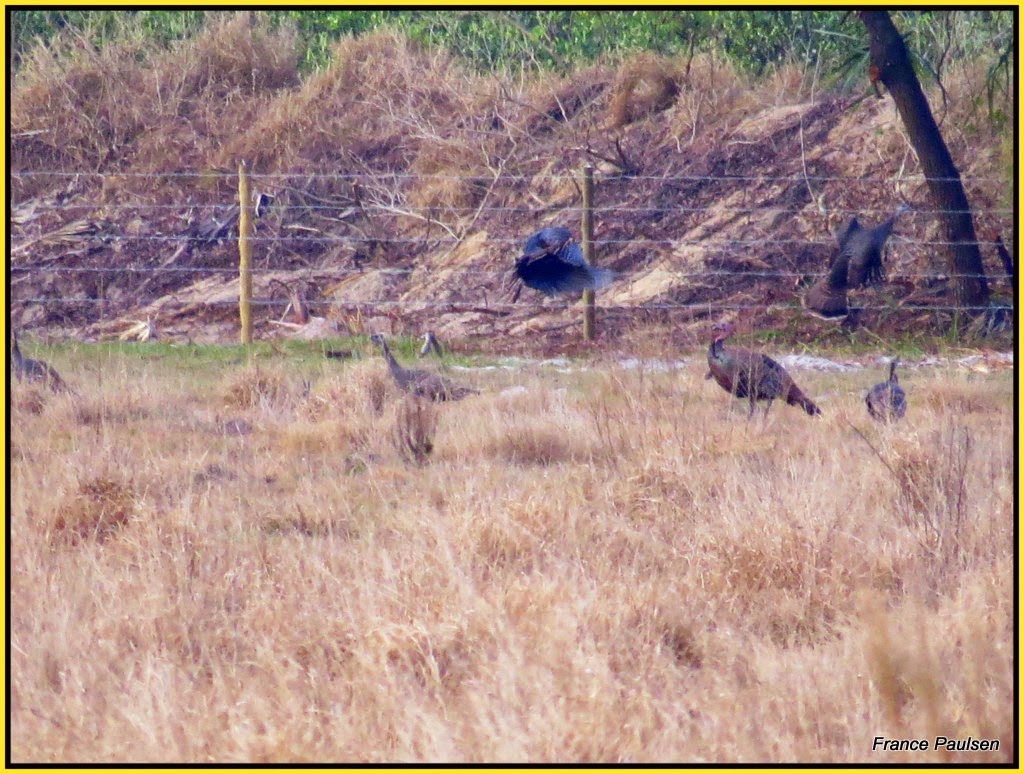 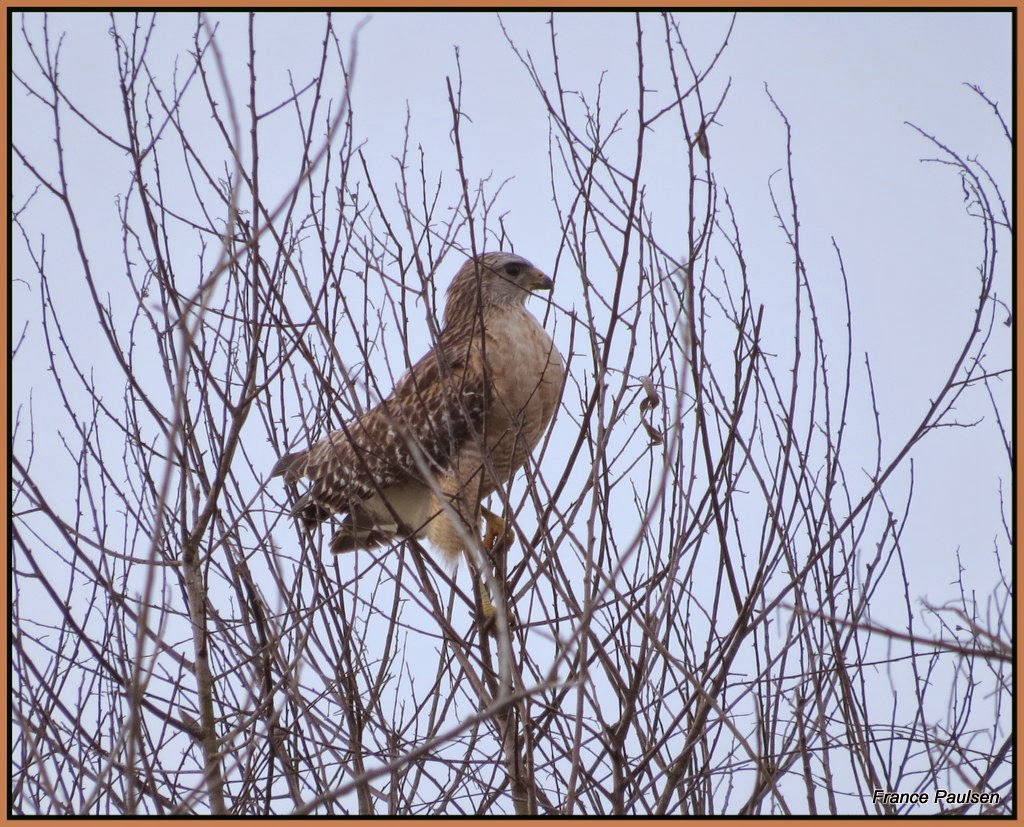 The Red-shouldered Hawks were numerous this morning and easily spotted among the twigs and flying loudly. 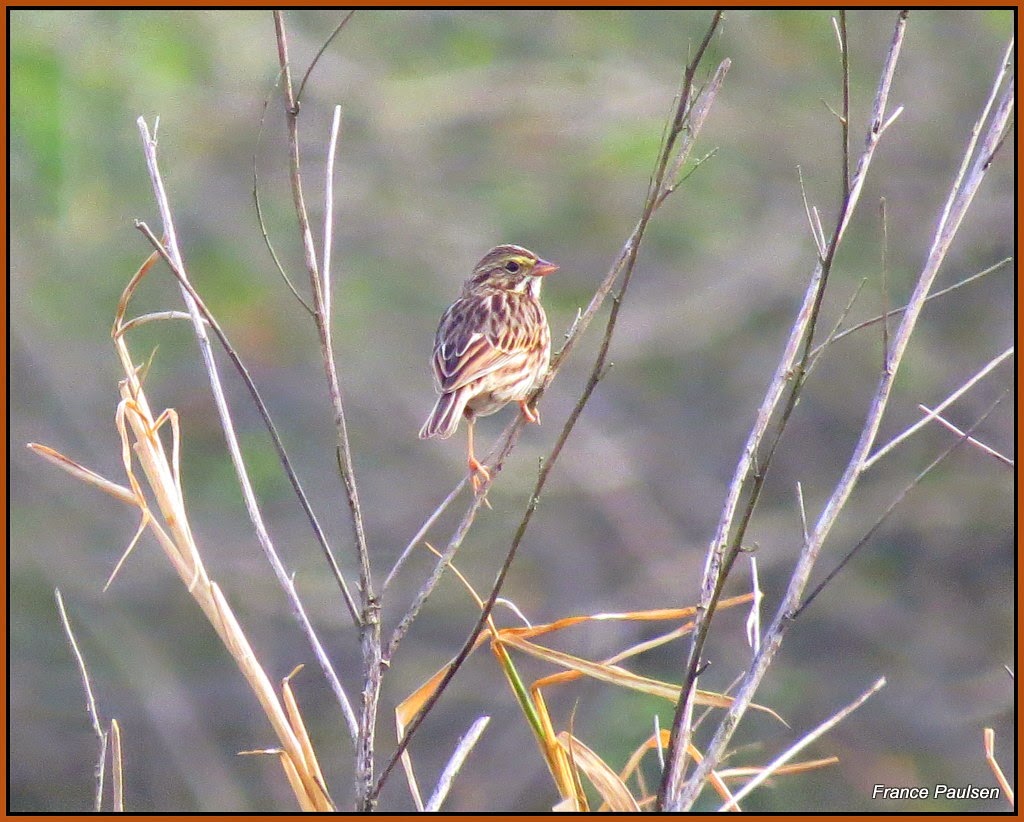 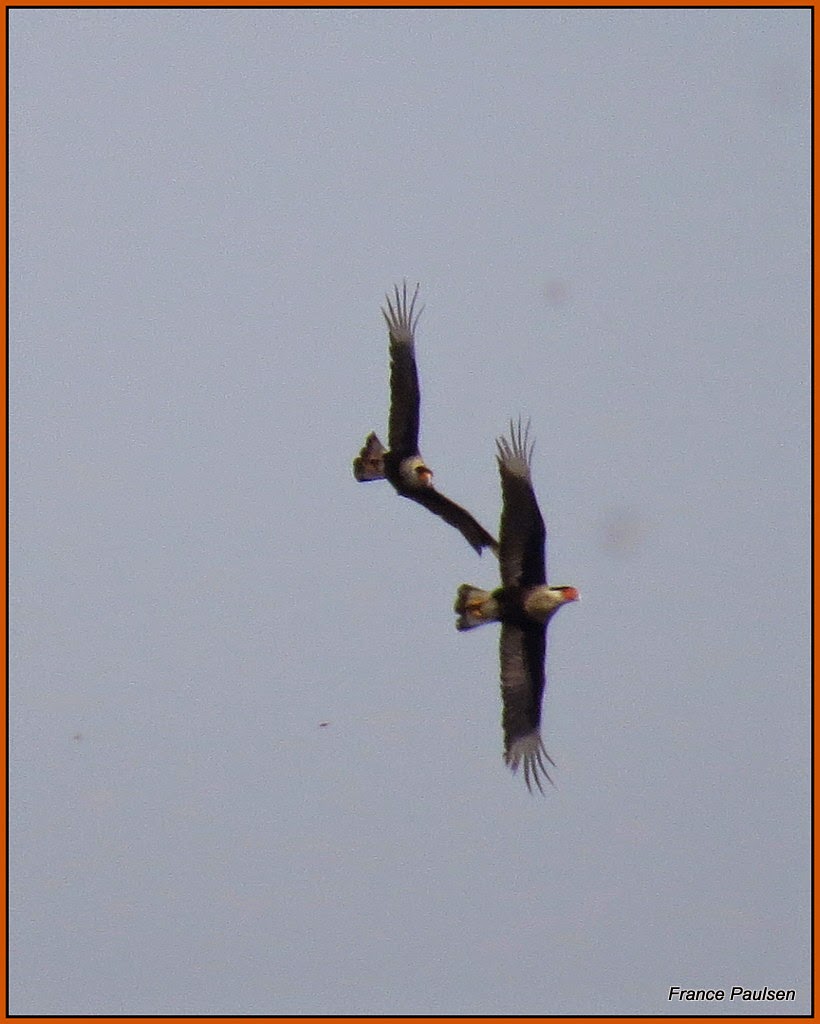 Finally....a pair of Cara Cara was spotted flying overhead - the only ones in sight this morning. 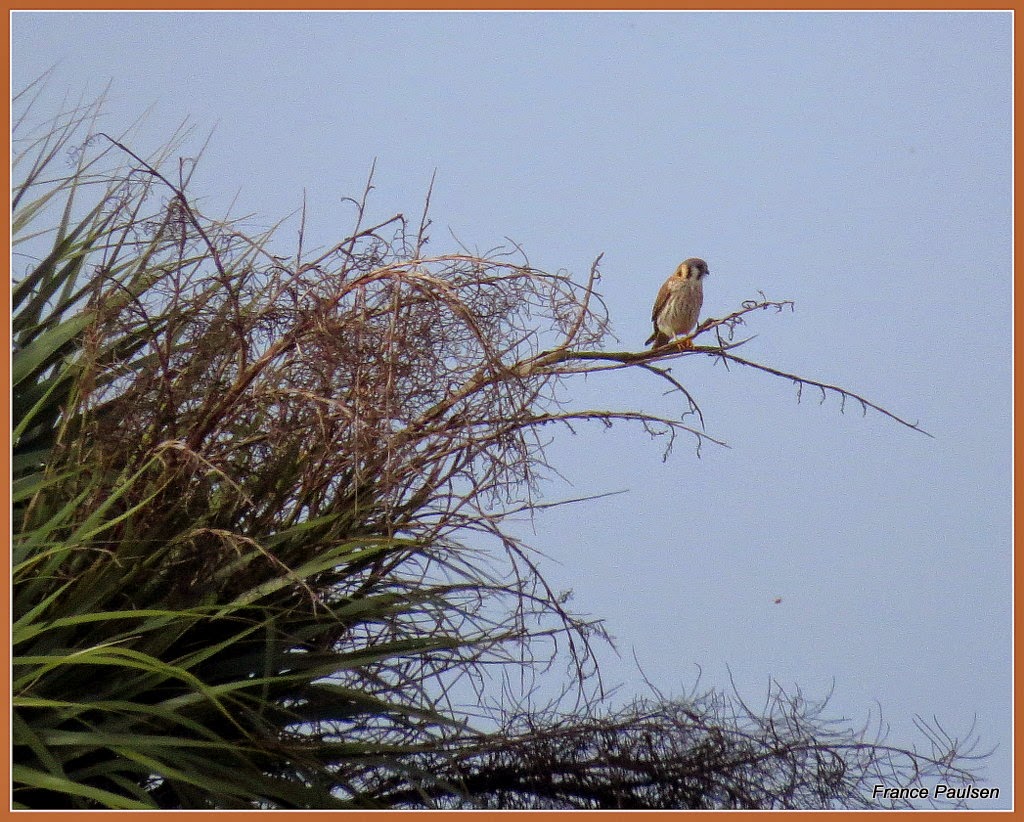 A Kestrel - watching for prey and catching them successfully. 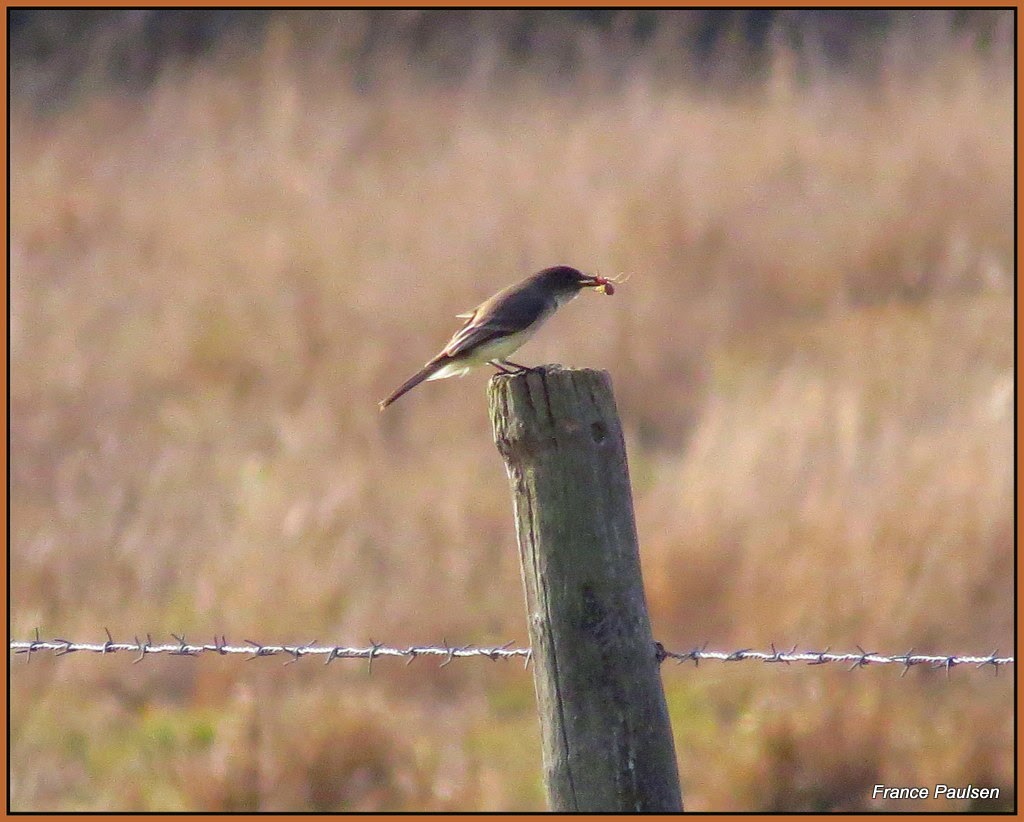 An Eastern Phoebe getting ready to gobble down his fat and juicy spider. 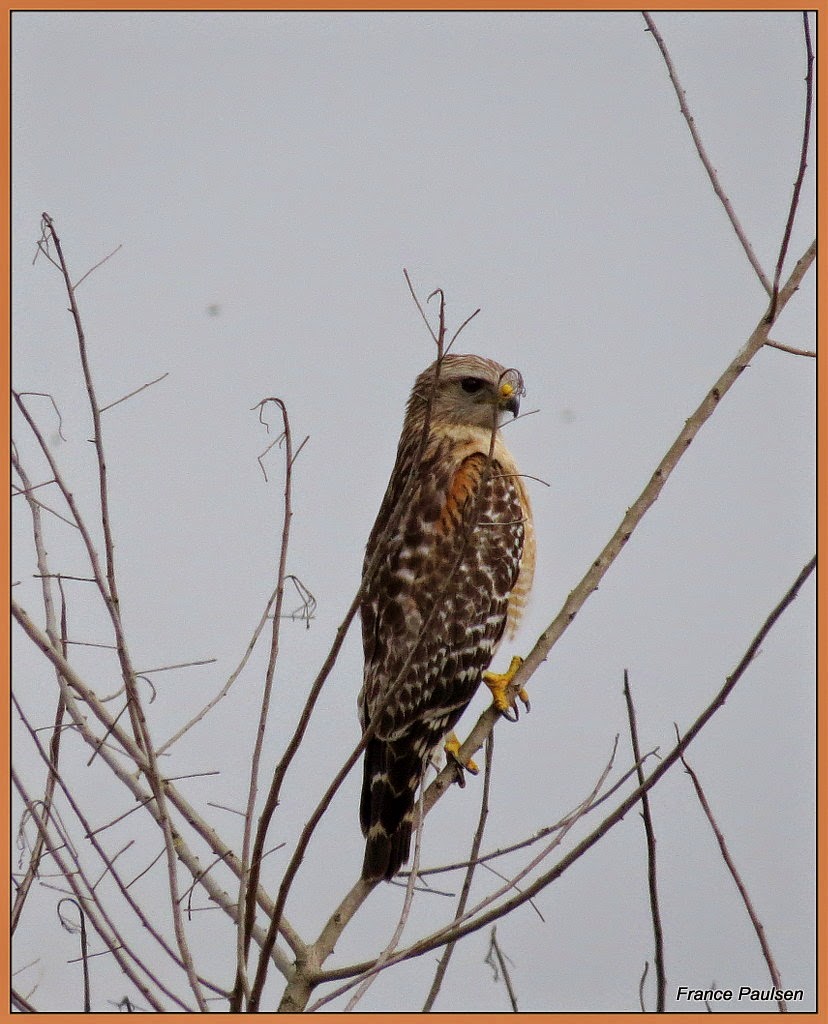 The Red-shouldered hawk doing more watching than catching. Take note of the "red" in the shoulders, quite visible here. 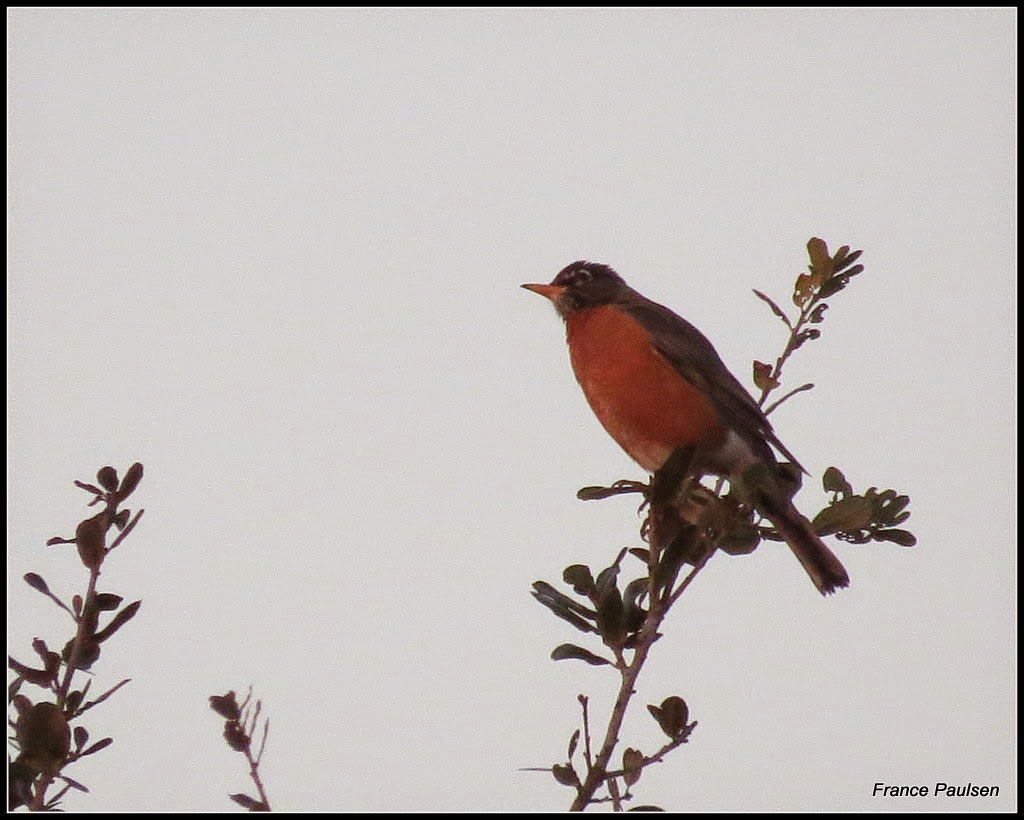 After a bit, we drove further along Church Road while still looking for some Kingbirds - in the process I saw a Robin....nice! 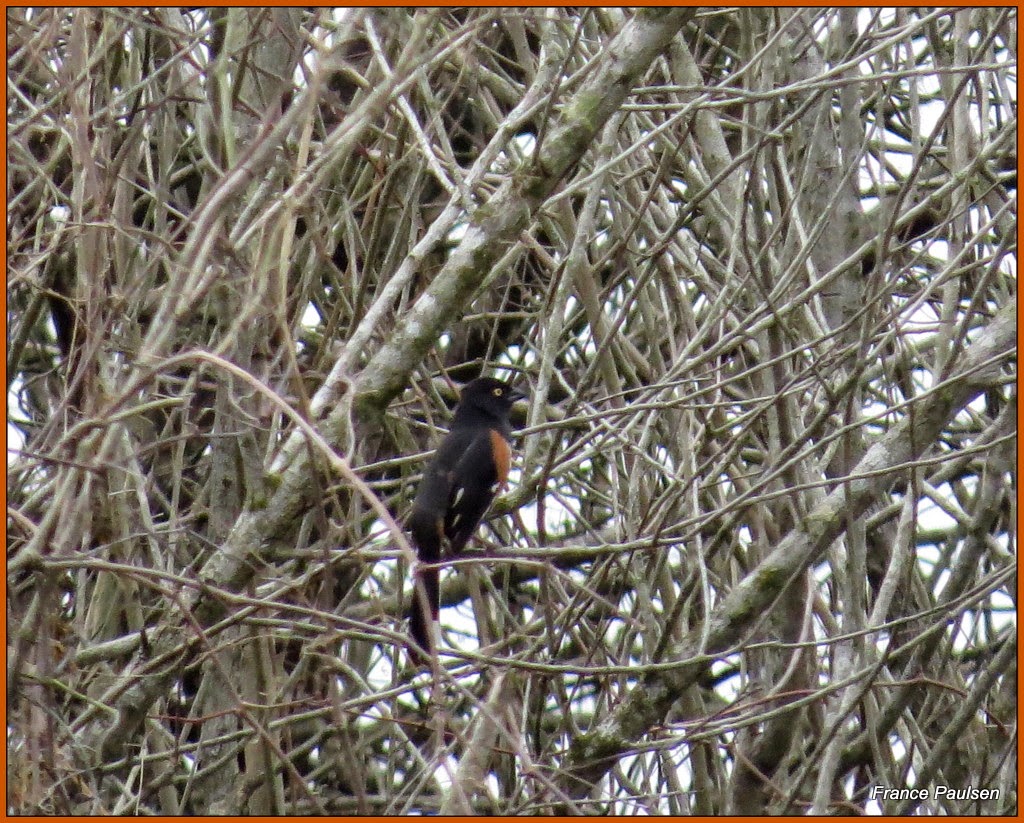 Shortly after, we saw and heard the Towhees - I love these guys.
Aha! A burst of color such as this can only be a male Painted Bunting - seen very well through Binoculars, not so much with the camera lens. 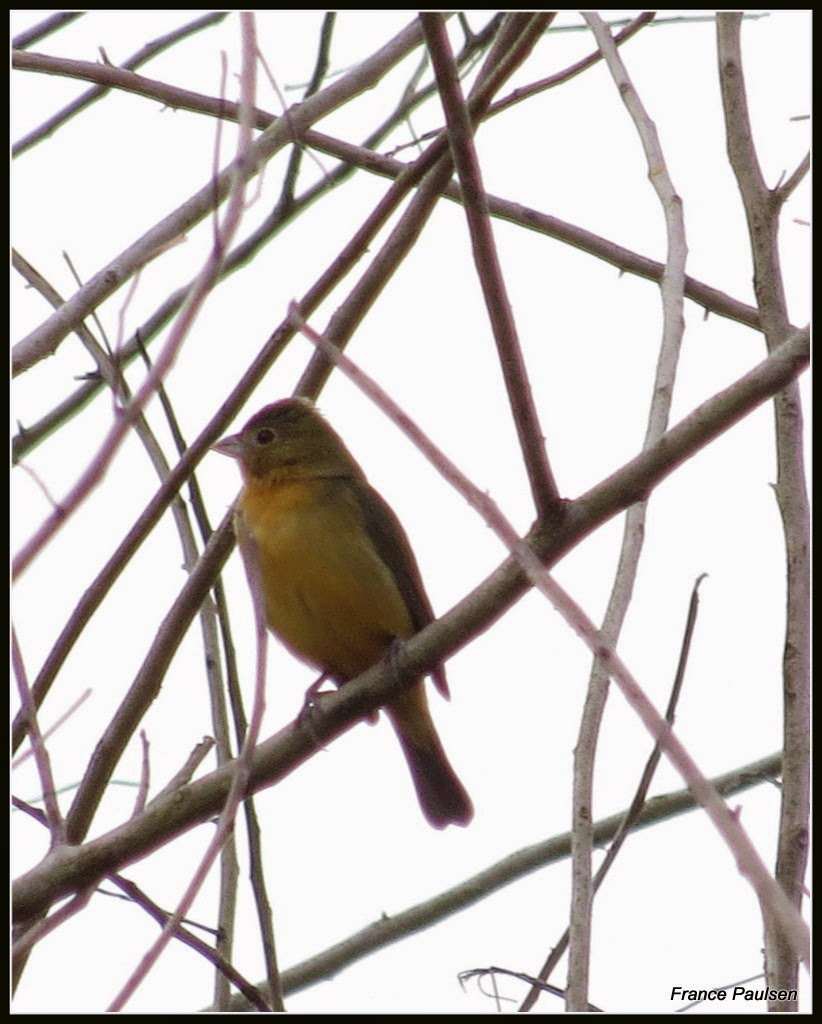 A female Painted Bunting on the other hand graced us with her presence, somewhat in the open - not without having me scratching my head with her orange and yellow hues - some folks indicated that it was a young male. In any event, several Buntings were present and brightened our day.

It is true that we didn't get to see Kingbirds during this outing, however we were blessed with many sightings of great feathered friends. My E-Bird list for this day....43 species in all.
Posted by France Paulsen at 7:02 AM