Not too long ago I posted a photo of a Reddish Egret that was equipped with a transmitter and a band on my FB page, since this sharing took place I've learned a few things - and that, folks, is a good thing :)
I had not realized that the Reddish Egret happens to be the rarest wading bird in the U.S.The Florida population consist of 350-400 pairs with 100-125 of these pairs in the Florida Bays and Keys. Sadly, this sub-population appears to be declining. ARCI is involved in research and study of this specie (as well as many others), and their project have several partners and supporters, some of them are: Fish & Wildlife Services and San-Cap Audubon among others.
Let me introduce you to "Ding" 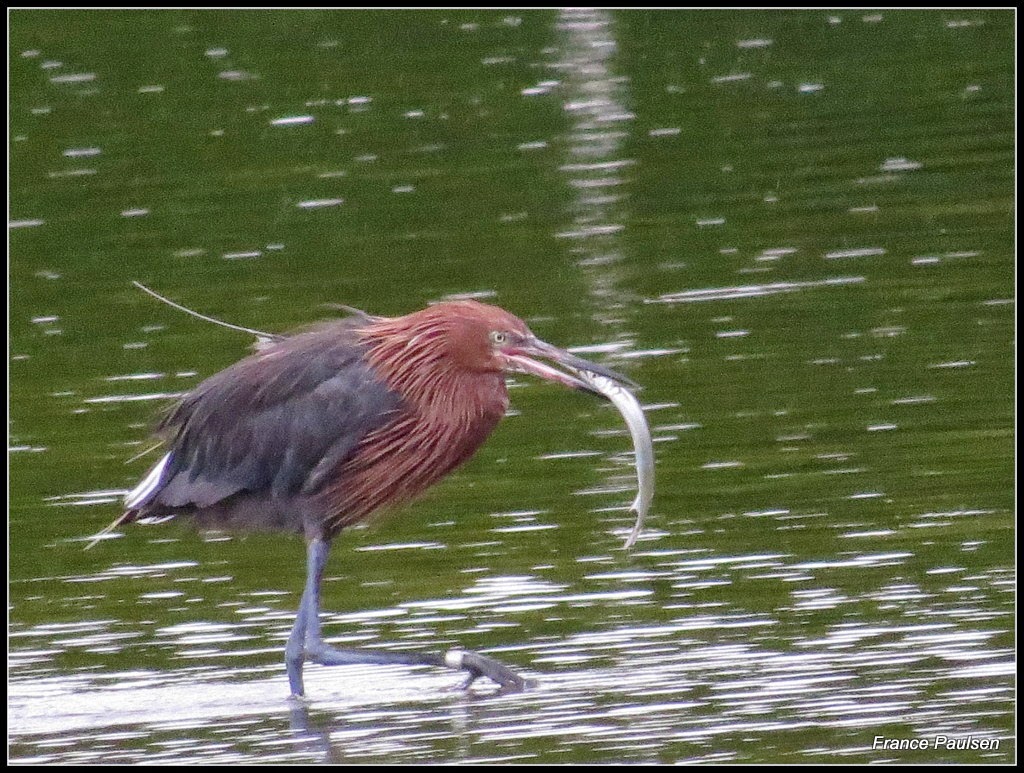 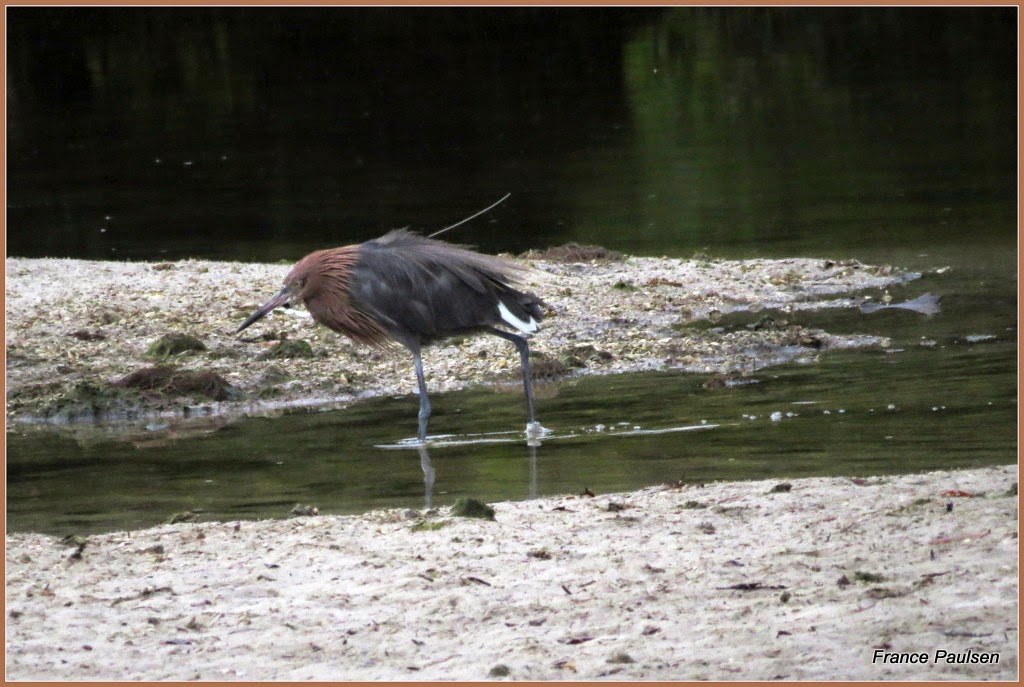 You might also be interested in following their information by tuning in to www.arci-avianconservation.blogspot.com
Posted by France Paulsen at 12:09 PM