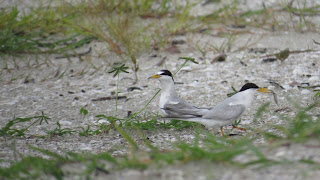 It was during a guided bird walk that I had heard about the Least Tern and it's behaviors, as it was told, was interesting to say the least. So, I ventured out toward the area where they are known to nest - in Fort Myers Beach. It wasn't long before I found them, as they let me know that I was getting too close to their little chick. 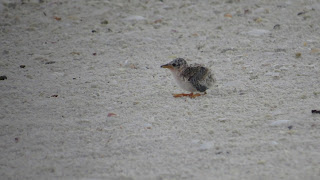 Had it not been for those warnings, I wonder if I would have seen the little one - I'm not sure how old this little chick is but one thing is for sure, and that was that it was very unsteady as it tried to move. 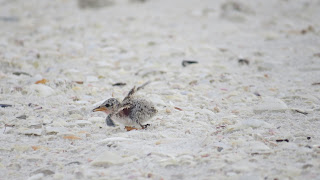 I kept my distance, dropped down on my knees and observe ..... what a delight! The parents were around and feeding the little one and in a way, I think, trying to get the chick to move into the 'roped off' area. 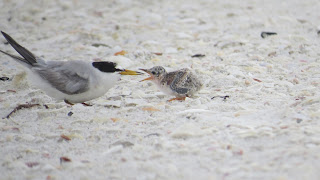 I also observed the Terns trying to convince a seagull that was hanging around the area - though, they weren't very successful. 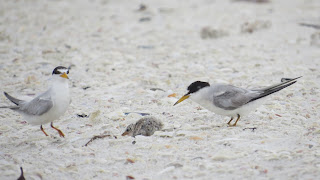 In any event, these Terns may be the smallest of the Terns but they have a courageous attitude to match it. 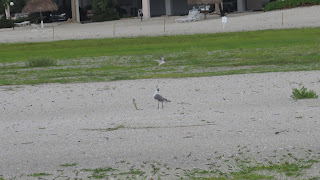 Posted by France Paulsen at 6:39 PM